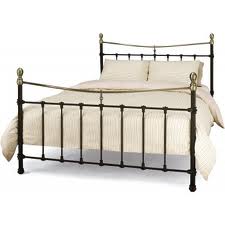 The sound of a sharp slap followed by a raucous cry heralds the arrival of another infant into this world. The mother looks up from the bed and is told it is a boy and once more a bed is the stage for the beginning of another life starting on its journey.

For a while the infant is imprisoned in the undignified confines of a cot but soon the bed, once again, becomes the stage. At one time it is a refuge from the wardrobe monster, later a tent, or a shipwreck on a remote island, or a cockpit of an aeroplane or in this day and age perhaps the flight deck of a starship. Turning a humble sleep platform into an infinite number of venues limited only by the child’s imagination.

At the onset of puberty giggling girls are invited, more in hope than expectation, to discover the delights of a shared bed but, alas, mostly these invitations are gently rebuffed.

Later a life partner is chosen and the bed assumes a new identity as a centre for love and lust between two enraptured adults keen to explore and delight in each other’s pleasure.

The bed then again becomes host to the arrival of other infants bawling their way into the world.

Slowly the fires of youth dampen and the warm embers of true affection remain to the contented couple and the bed becomes a haven of sighing comfort and contentment.

But life always has a nasty twist and one of our contented couple departs this life leaving a bereft and lost partner lonely in a bed that has assumed a monstrous size.

The final act as the remaining partner lies dying on the bed welcoming the release from his loneliness no longer fearing death but fearing life.

The bed has told its story the circle has become joined. The story has finished only to be repeated ad infinitum.