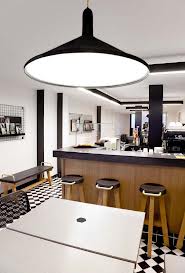 It was one of those small streets, colourful and sun bleached with patches of intense shade, beloved by holidaymakers who just have to walk down one side and then back up the other, quiet but full of delicious aromas. The speciality shops were nearly all closed for it was lunch and siesta time. As we walked back up the other side a small Café all modern black, white and chrome was open. Sitting in the doorway was a small girl of some 7 years studiously drawing the balconied house facing her. It was a very grown up drawing all proportionally correct but she was struggling to correct a perspective. We stopped to watch her and my wife, who herself paints and draws, seeing the puzzled look on the young girl’s face bent to indicate the right lines to draw the girl beamed and said  “Grazie” we went into the Café and ordered our coffees from a wizened old man not at all in keeping with the ultra modern Café. He called to the girl telling her it was time for her to rest as she passed the old man she showed him her picture and gestured towards my wife, they both smiled towards us and then the girl came over to show her picture to us. It was a remarkable very mature drawing for one so young, she truly had the gift. so much confidence and boldness in her work.

A couple of days later we walked down the same street, a little later in the day than previously, and when we had passed the Café the old man came out  calling and beckoning to us. We retraced our steps and were ushered inside where he proudly took the now completed drawing and showed it to us. He put two coffees in front of us and disappeared through the doorway to, I suppose, the kitchen and private part of the building he returned with the young girl and a man who looked to be in his mid thirties. Fortunately the younger man spoke English and he explained the older man was Anna’s grandfather and he was Anna’s father. He explained that we were invited to lunch with them and it would be impolite to refuse. Over a lunch of antipasti and Frittata with a good red wine Anna’s father explained that his father was very proud of Anna’s artistic talent which he said she inherited from her grandmother. When we had eventually finished lunch and offered our profuse thanks Anna’s father explained that the grandfather would be mortally offended if we walked passed the Café again without joining him for coffee. Anna kissed both of us on the cheek as she did on each of several subsequent visits for the street was on the direct route from our hotel to the main town and we didn’t want to mortally offend Anna’s  “nonno” or her “padre” did we.

Once again we found that though the places we travel to are enchanting it is the memories of the people that linger longest in the memory.