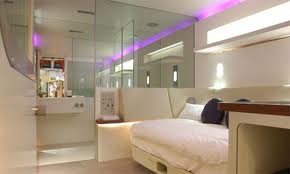 Ruth stood in reception at the end of her shift in the virtual reality TV centre. Her job as a continuity girl  was one of the few that bore any relationship with the TV of the past. But it was all done with three-dimensional imaging which allowed the viewer of these programmes to become a participant. The discovery in 2018 of harmless mild hallucinatory drugs had increased the reality of the experience to such an extent that these new soaps had replaced almost all other forms of entertain. Most of the population now led two or more virtual reality lives to supplement the humdrum of their own real lives.

Ruth debated whether to call a taxi or to wait for the next walking bus. With the population explosion successive governments had priced private cars off the streets for all but the richest and it was not safe to walk home on her own. Her mind was made up when a walking bus with it’s armed guards turned up. Quickly she hurried to join the others and they set off walking towards residential area C which was the name of the pod centre where Ruth lived.

Pod centres had been an innovation imported from Japan and had replaced flats, apartments and single rooms. The concept was simple and in the vastly overpopulated cities had become a necessity. Each person had a sleep pod with built in drinks and snack dispensers and of course a dispenser for the all-important hallucinatory drugs. In the ceiling of the pod were built in the entertainment centres where all your needs could “virtually” be catered for. When you were ready to enter your pod you punched in your pod pin number and the pod would be summoned to the entry area. Once you were inside the pod would return to the stack with all the other pods, connecting itself to a range of comfort and entertainment systems and there you were safe, secure and . . . . totally alone.

The pod stacks surrounded a communal area containing many fast food outlets catering for all tastes, or as Ruth often thought, lack of tastes. These areas resembled the motorway service areas Ruth remembered from her youth although the pap they served failed to come up to even half-remembered motorway standards.

Ruth quickly ate a so-called chicken and salad on wholemeal bread, drank a paper cup of coffee and went to summon her pod. Safely stacked she pondered which of her virtual lives to choose. Currently she was rebuilding a run down farmhouse in Tuscany with three mates, all male. Living on a large yacht in the Florida Keys. Or there was her personal favourite as a rich young lady in the late 1920s and thirties. All froth and jitterbug with space to move and breath. In the end she laid back and wondered where it all went to.

It had been building up for a while with the destructiveness and vitriol of the Thatcher government certainly causing an acceleration. But it was with the coming of the new millennium that things had started to go really badly wrong.  The Nu-labour  Prime Minister of the time had been a disaster with his failure to clearly present the concept of Europe in a way where people could make an honest choice and the slavish following of the American adventure into the Middle East. Sure this had worked out well for America and it’s true special relationship ally Israel who had shown it’s gratitude by overrunning Saudi Arabia when they had attempted to abandon the failing petrodollar and now America and Israel dominated and controlled all the Middle East and it’s oil fields. Britain had quietly been dumped in the long grass and forgotten when the latest in a line of Tory and Nu-labour leaders whose egos and ambitions had far outstripped their ability. Nu-labour had heroically managed to snatch defeat from the jaws of victory and the Tories were back in number 10 after a period of coalition Government with the now decimated Liberal Democrats and were now following their unfettered ideological  ambitions.

It took just 18 months of their negativity to see Britain booted out of Europe leaving herself with a population far beyond her capabilities to cope with and no allies who wanted anything to do with this pariah who had been unceremoniously thrown out of Europe, Britain who had supported the illegal and wholly disastrous wars in the Middle East,  who America, now with its new best chum Israel firmly in control, had disowned as irrelevant. Britain who was now eking out a living as a theme park.

Ruth, thoughts aided by the mildest of the drugs, continued on their way. It had been a long time since she had applied for a permit and gone to the country, the part of Britain the tourists visited. This is where the rich lived. Ruth had once thought of herself as rich, her mum and dad had split up and when they died they had both left “all their worldly goods” to her. But the year had been 2011 and with her student debt taking precedence most of the money she had been left quickly disappeared, it had taken almost everything she had to put together the deposit to buy a pod. The countryside, meanwhile, had quickly been reclaimed by the Tory government for their richest supporters and this had been followed by an act of parliament by which the electorate were to be freehold property owners only.

Ruth, with the effects of the drug wearing off, cursed her parents for not moving to Europe when they had the chance. They might have split up but any move to Europe they had  both seen as a betrayal of their country, their roots, their way of life.

She then did what ninety per cent of the population did and chose a virtual life to erase the memory of her real existence.