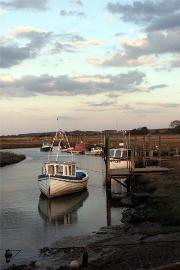 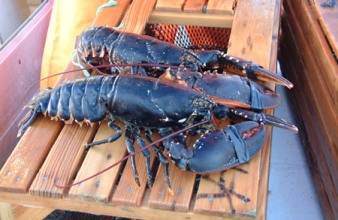 Episode 2
A still and warm late spring afternoon found Ray seated at the bench under his arbour. On the table two traditional wood and net lobster pots, one now repaired one sad, forlorn and damaged awaiting Ray’s attention. In front of Ray stood an opened bottle of quaffable red wine and by its side an accompanying glass.. Ray mused is that glass half full or half empty? He picked up the bottle and topped up the glass “problem solved”, he said to no one in particular, life’s too short to wonder and then shuddered as he realised the implication of the thought that had flickered unbidden through his mind. He looked at the newly repaired lobster pot, maybe not as neat as an old time fisherman could do but neat enough he thought. He raised his face to the sun which was now shyly peeping through the wisteria covered arbour; he searched the sky, unsuccessfully, for the Nightingale whose song was delighting the afternoon. With a contented sigh he pulled the other pot towards him, picked up the twine and netting needle and set about the needed repair.
It had been on his return from an extremely successful fishing expedition that a second home owner, a grockle in local parlance, had drawn up in his ostentatious Bentley, “hey you there!!” yelled the man in his ‘I am important’ voice as he climbed from the badly parked convertible “those lobsters fetch them here a tenner for them.” Ray looked up to source of the ill mannered command and said quite quietly “not for sale”.
One of the two large lobsters was destined for his evening meal together with a singleton crab. The other he would exchange for a few scallops and a handful or two of local mussels with Greg, the chef, owner and a fellow jazz lover, of the aptly named The Sole Plaice,. A fruits de mere supper with Ian and later maybe with the busy Greg should his evening service permit. Must remember to stop off and buy a couple of bottles of a crisp Muscadet he reminded himself.
The Bentley owner was freely telling the world what he thought of the locals in general and Ray in particular, an opinion which the locals in general and Ray in particular chose to ignore; in much the same way as they usually ignored the behavior of a fractious and badly reared child.
Ray had not let the ill mannered exchange spoil his day, Muscadet bought he headed towards Greg’s restaurant and struck the expected deal with the bonus of the two lobster pots which he was now repairing. Life, he thought, doesn’t need the “I ams” and then chuckled as he joked to himself unless you’re a cat or dog.
Tonight he would feed Ian fruits de mere and they would no doubt reminisce and put the world to right in the way that only alcoholic inspired clarity could achieve.
Tomorrow he had a pet portrait painting to deliver DV, Deo volente.